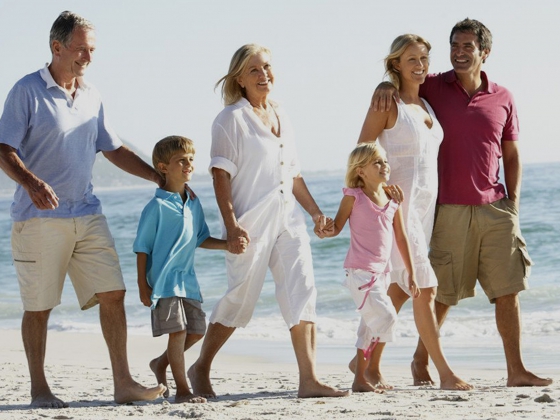 Spanish Succession Tax- The Impact of Location in Spain 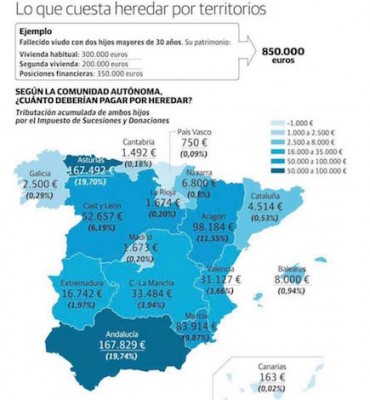 It is well over 2 years now, since the European Court of Justice’s Ruling, that the Spanish Tax Authority’s succession tax system conflicted with the European Union principles of freedom of movement of EU individuals and circulation of money within the EU.

That case was specifically in relation to the distinction the Spanish Tax Authority previously made between those who were resident in Spain; and those who were non-resident.

The Ruling was that Non-Spanish Residents (who were also Europeans) should be treated in the same way as Spanish residents, for the purposes of Spanish Succession Tax.

Following the Ruling, Spain revised its practice, as required; and now (for example), British owners of Spanish properties are treated in the same way for Spanish Succession Tax purposes, irrespective of whether or not they are resident in Spain.

But although the Spanish Tax Authority is now compliant in terms of the Spanish residency/ non-Spanish residency distinction, there remains a separate glaring inconsistency in approach, which also amounts to discriminatory treatment of EU individuals.

That is the different levels of Spanish Succession Tax impact, according to which Autonomous Community within Spain is the charging Tax Authority in the case in question.

In many countries, the calculation and charging of succession taxation is simplicity itself. However in Spain, it is a highly complex system, which creates a great deal of uncertainty, inconsistency and controversy.

At the heart of the complexity is the fact that for Spanish nationals/ Spanish residents, the responsibility for Succession Tax administration lies with the 17 individual autonomous communities within Spain. Each autonomous community has discretion as to charging basis; practice; and allowances/ exemptions.

This fiscal quagmire creates bewildering inconsistencies across Spain. On the attached image, the Spanish Succession Tax impact is indicated, based on the same Estate details, but varying according to which is the applicable Autonomous Community. And, as a very noteworthy side issue, it is not only foreign owners of Spanish properties who are exposed to the unfairness of this perplexing system; but it has been acknowledged that many Spanish families living in Spain themselves suffer this arbitrary discrimination under the current system, according to where (in Spain) their family members live.

It remains to be seen whether this very worrying anomaly will be regularised by centralizing/standardising administration of Spanish Succession Tax; or (if that is deemed too radical), at least a harmonisation of practice across Spain.

For non- Spanish owners of Spanish properties, they are fortunate, in that there are opportunities in Spanish Wills and estate planning, to mitigate this exposure to Spanish taxation; and expert advice is recommended to ensure that the fiscal impact is minimised; in planning for future inheritance.

This general commentary is not intended to be exhaustive; and case-specific legal advice should always be sought.

The Legal 4 Spain team provides a full Wills, Estate Planning and Probate service for properties and other assets anywhere in Spain. We are always happy to provide a competitive cost estimate in the first instance, on a no-obligation basis.