For owners of Spanish properties, the importance of making a Spanish Will is paramount.

In general terms, a correctly executed Spanish Will ensures certainty, speed and economy in the event of Spanish probate; and also provides the facility for tax efficiency.

Conversely, the consequences for the beneficiaries of a non-Spanish national who dies leaving Spanish assets, but no Spanish Will, can be unexpectedly onerous. In our Spanish probate practice, to date, there is not a single case where we have not found a solution to complete Spanish probate- however unusual the circumstances.

In a few exceptional cases, whilst it has been possible to ‘unlock’ the Spanish property by completing the Spanish probate case, the combination of the failure of the deceased to make a Spanish Will and the consequential forced application of Spanish legal and fiscal principles, has inevitably created situations of significant complexity for those left behind. A couple of examples will illustrate the point.

A deceased English lady, estranged from her three adult children from her first marriage, since her second marriage 25 years ago. She died totally intestate. She had taken Spanish residency along with her second husband, in her final years. She had verbally expressed her intention that her surviving husband (and co-owner of the Spanish property) should receive her 50% interest in the Spanish property in the event of her death.

As the deceased was habitually resident in Spain at the time of her death, in the absence of any legally binding direction for English succession law to apply (by her not having made a Spanish Will), Spanish succession law had to be applied.

The deceased’s children (after no contact in 25 years), had to be traced through genealogy professionals. Rejecting the proposal simply to renounce their entitlement, as had been hoped, the deceased’s husband is left with a
restricted interest in the Spanish property- now being a co-owner, along with his deceased spouse’s children- whom he had never even previously met.

Instead, he remains in Spain with all his wealth tied up in a Spanish property, which is now co-owned along with individuals who are not known to him; and whose willingness to co-operate is directly linked to ill-feeling over the demise of their parents’ marriage 25 years ago.

In fact, had it not been possible to find the solution we did, the situation would have been significantly worse for all concerned, with the property totally ‘locked’ in legal terms; and selling or dealing with (mortgaging/ letting) the property would have been totally impossible. Our solution of the case at least provides a framework for the family to come together and settle terms between them for the disposal of the property- which could then be effected without any further legal complications.

Each had English Wills leaving their respective worldwide Estates to a common friend. Each partner then intended as part of their overall Estate planning, to sign a Spanish Will leaving a life interest in their respective shares in the Spanish property to the surviving civil partner, with the underlying legal title in the Spanish property passing down to the common friend. This intended Estate planning strategy would have resulted in a zero Spanish Succession Tax bill for the surviving partner; and his having a secure lifetime interest, guaranteed for his remaining years- living unencumbered in the Spanish property.

But the failure (by the partner who then died before signing his Spanish Will), to act promptly in signing the Spanish Will as planned, meant that the surviving partner was unable to claim the intended lifetime interest in the Spanish property.

So, again, the best possible solution in the circumstances was found for the case to ‘unlock’ the Spanish property. But the failure of the deceased to have put in place a Spanish Will with tax efficient Estate planning, unavoidably frustrated his testamentary wishes; and also left an unnecessarily high level of tax exposure.

The Legal 4 Spain team is always available to provide preliminary advice on a no-obligation basis in relation to Inheritance and Estate Planning cases where there are Spanish assets. 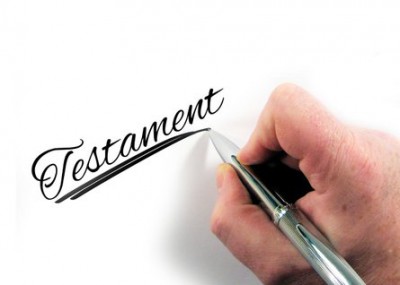